Performance practice as research is an innovative field of inquiry in performance studies that can open new forms of exploration to the study of theatrical events. Symposium organizers will team-up with performers to develop a piece that reflects on the topic of each symposium. Performing Spain ended with a performance of a selection from texts dealing with memory titled “Haciendo Memoria” [Making Memory]. Memory is the overarching theme found in Iberian theater from Cervantes and Lope de Vega’s historical dramas to Duke of Rivas’ Don Álvaro to Laila Ripoll’s historical memory plays. Theatre recovers, reenacts, embodies and maintain our individual and collective memory. It creates a meaningful space for the self-interrogation of the audience and the performers. As such, the texts we have selected are sensitive to the complexities behind the performance of memory. The protagonist of Ay, Carmela! (1986), by José Sanchis Sinisterra are Carmela and Paulino, two actors who are stranded in the Francoist zone during the Spanish Civil War and discuss whether they are alive or walking dead. Our play begins and ends with a scene from Alfredo Sanzol’s memory of postwar Spain Delicadas (2011), in which the female character La Que Guarda (The Saver) lists the objects she saves for future use because “cuando se tiene, uno olvida de dónde viene. Uno no se puede olvidar de dónde viene. No se puede olvidar de dónde vienen sus padres y sus abuelos, y sus bisabuelos. Las cosas no salen de la nada” [when you live a confortable life, you forget your origins. And one cannot forget where we come from. You cannot forget where your parents, grandparents, and great-grandparents come from. Things are not created from nothing]. Other plays including in this performance are Pies descalzos bajo la luna de agosto, by Joan Cavallé, El triángulo azul, by Laila Ripoll, Presas, by Ignacio del Moral and Verónica Fernández, and NN12, by Gracia Morales. 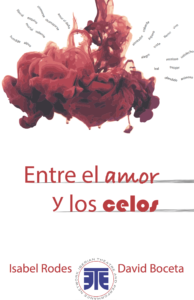 This performance focuses on the construction of the character from verse to prose. It serves as a space for reflection and discussion on the confluence of dramatic text and performance practice. Entre el amor y los celos will start with a performance of short scenes taken from a selection of Spanish Golden Age plays (Punishment without Revenge, The Dog in the Manger and The Shy Courtier), followed by an acting workshop, and finally a round table. 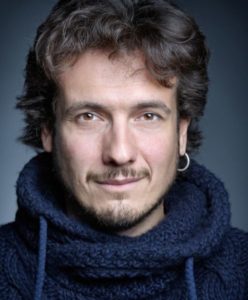 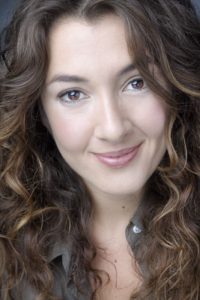 Isabel Rodes (B.A. in Performing Arts, Real Escuela Superior de Arte Dramático, Madrid) has performed in numerous plays with renowned theater companies, such as Centro Dramático Nacional [National Dramatic Center] and the Compañía Nacional de Teatro Clásico [National Company for Classical Theater]. She has also appeared on the popular Spanish TV series El Comisario and Amar en tiempos revueltos [Love in Difficult Times]. In 2007 she received the prestigious Max Award for the Performing Arts for the production Desde lo invisible [From the Invisible], which she both authored and performed in as the main character. From 2013 to the present day, she has been part of the theater company Noviembre, with a focus in the last three years on Shakespearean plays.

This site is part of the MLA network on Humanities Commons. Explore other sites on this network or register to build your own.
Terms of ServicePrivacy PolicyGuidelines for Participation
Skip to toolbar